I was invited for lunch and a conversation about projects. Little did I know this would turn into a field trip. My host was Ashok Adhikari, chairman of the trust of the Leprosy Mission, and pastor of Bethsaida Church in Bhaisepati district of southern Kathmandu. I was joining him and his son (the youth minister) on some pastoral visits.

The first was to a small rural community called Shree Kamdhenu 45 minutes south, beyond brick factories and across an impressive suspension footbridge. A small plot of cabbages in the shadow of the bridge would be the site of a new metal home that Bethsaida Church would be building for a woman and her two children. On our way back the truck delivering zinc panels passed us on the road. 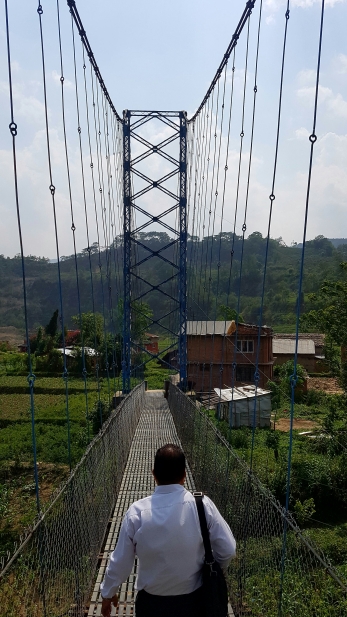 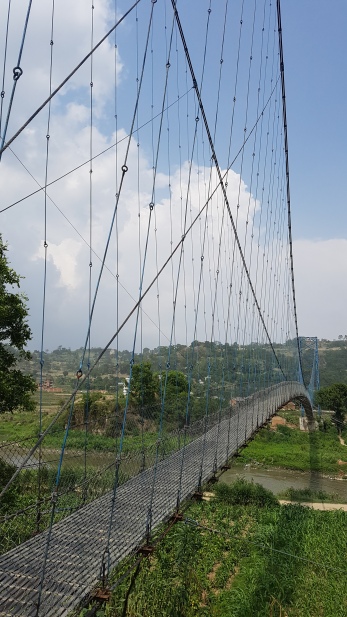 Further into the village we visited two Christian families, one who had their house built by the church and the other who had opened a small shop boldly bearing words of life, and whose side room could be the venue for a fledgling church to begin. However both are threatened by the sale of their land to a developer and their future is uncertain. 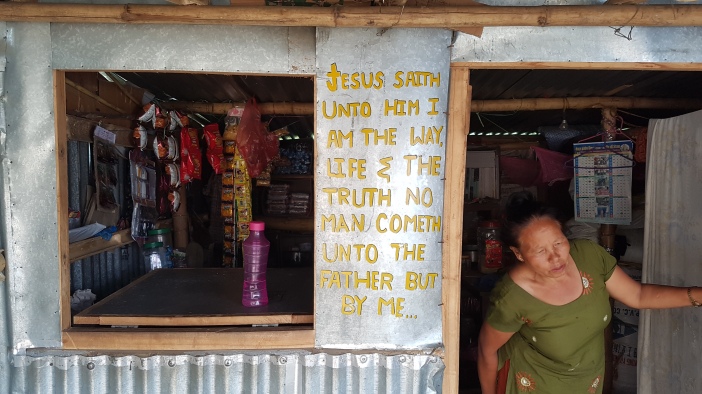 The second was to a plot of farmland in ancient Bhaktapur, and then to the home of a kidney dialysis patient, her sickly daughter and her bread-winning over-worked and emaciated 20 year old son. 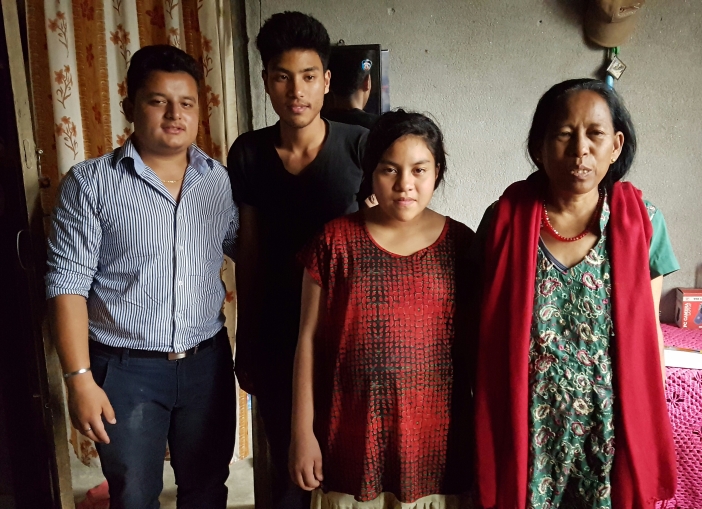 As members of a local church their pastor had called the meeting to discuss options for how a living might be provided for the family. Ashok was present for his input and as the finances would have to come from Kathmandu. After a long discussion, the idea of farming chickens on the investigated plot was being dismissed in favour of renting cheaper land outside the town and the family moving there to raise goats or pigs. It was desperately sad to see this family falling apart and yet hopeful that as members of a Christian community that they would have the support they need.

I asked how these families would be supported and the pastor didn’t know, but that he would go back to the church family and ask. I believe he bought the zinc panels for the house with his own money.

During the conversation we had before lunch Ashok had outlined eight projects that he has developed to support schools and schooling, health education, evangelism, income-generation, and youth ministry – in rural areas and in the city, and for the benefit of a wide range of recipients. These would be delivered by his family (!) and by the Bethsaida church as funding comes. I will outline these projects in a future post. It is so heartening to see the church at the forefront of transformation in Nepal.

One thought on “Field Trip 5 – Around Kathmandu Valley”